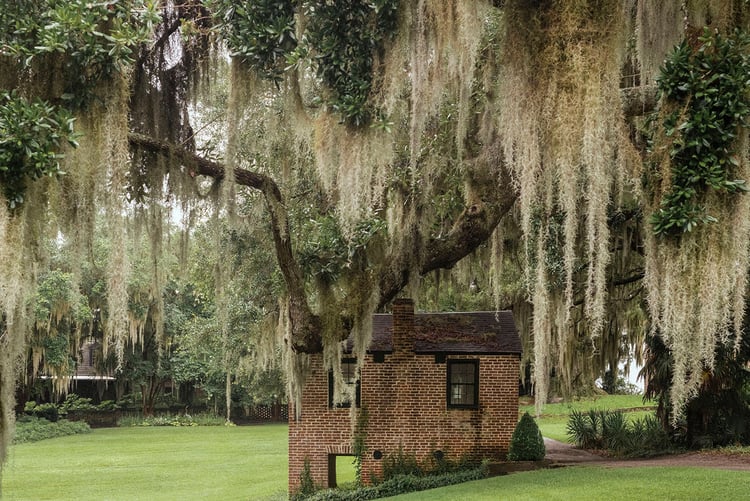 Boone Hall Plantation & Gardens is home to a rich history of enslaved people and plantation owners alike, set in the glorious setting of Mount Pleasant, Charleston.

Built on the banks of Wampacheone Creek, Boone Hall Plantation & Gardens is lush with history and nature. It is an absolute must-see when visiting Charleston: the site is a display of Southern culture and a testament to the rich history of enslaved peoples. It is one of the oldest American plantations still in operation; planting on the land began as early as 1681 when it was gifted by Theophilus Patey to his daughter Elizabeth and her husband, Major John Boone, who was one of South Carolina’s first settlers.

The main house at Boone Hall was built in the early 1900s by architect William Harmon Beers in the Colonial Revival style, which is distinguished by side-gabled roofs, symmetry, and slender columns. Notably, it was built using old materials from the plantation’s farm, as well as historic brick. Boone Hall’s first floor, which has been refurbished with antique furniture, is open for guided tours, allowing visitors a glimpse into traditional life for a planter in South Carolina. 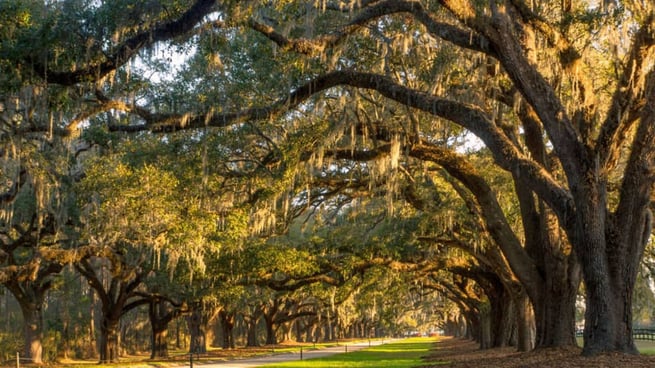 The 738 acres that comprise Boone Hall Plantation & Gardens are also home to protected wetlands, ponds, crop fields, and important structures such as preserved antebellum slave cabins and the Avenue of Oaks. The slave cabins still standing date back to between 1790 and 1810; Boone Hall offers a self-guided tour through the nine cabins that explores the struggles that these enslaved Americans faced. Themes of the cabins include Emancipation & Freedom, Exploring the Gullah Culture, and Struggle for Civil Rights. Visitors can also listen to the Slave History Presentation, in which a tour guide explains the living quarters and relics of enslaved people at Boone Hall.

The slave quarters at Boone Hall are historically significant both for the archaelogical evidence they have left behind and for their links to Gullah culture, which was a unique culture adapted by enslaved people in the Lowcountry. The Gullah are known for preserving much of their African heritage; their beliefs, stories, cuisine, and traditions have strong Western and Central African influence. Today, Boone Hall offers a special exhibit, “Exploring The Gullah Culture”, which is presented by descendants of the Gullah people through song and dance.

The grounds at Boone Hall are also notable: the Avenue of Oaks, planted in 1743, boasts 88 live oaks that form a flourishing tunnel to the entrance of the plantation. Its garden also blooms year-round, with a gorgeous variety of flowers. The garden even boasts antique roses that are more than 100 years old. Butterflies roam freely in Boone Hall’s lovely Butterfly Pavilion, a favorite attraction in the spring and summer. Visitors can also take a tractor tour of the entire grounds, during which they can learn about Boone Hall’s vast history and farming practices.

Named the #1 plantation in the Charleston Area by USA TODAY, Boone Hall is one of the most vibrant historical attractions of South Carolina. Its grounds are gorgeous throughout all seasons, providing an eye-opening history of enslaved people and plantation owners alike. Learn about Gullah culture, farming practices, colonial architecture and more with a visit to Boone Hall Plantation & Gardens.