Neighborhoods to
explore in Charleston

Charleston is the city that can do it all: it’s rich with history, alive with culture, and has no shortage of gorgeous vistas. This charm is just part of the reason why Charleston is one of the most popular tourist destinations in the United States.

Charleston county encompasses nearly 900 square miles; though downtown Charleston is confined to the peninsula, there are countless neighborhoods in and around it. The city is growing fast, and this growth includes the revitalization of incredible old areas.

The personalities of Charleston’s neighborhoods are as distinctive as that of the city as a whole. From residential antebellum boroughs to barrier island locales, there is no shortage of places to explore. Here’s a list of some of the coolest neighborhoods in Charleston.

Possibly the most famous area in downtown Charleston, South of Broad is the epitome of Southern charm. The cobblestone streets of this part of the city are often graced by the clip-clop of horses’ hooves, as visitors embark on carriage tours of this historic district. South of Broad is home to The Battery, an iconic promenade, as well as the beautiful Rainbow Row, among other important Charlestonian landmarks. This mostly residential neighborhood is one of the highlights of historic Charleston, with its stately homes and ancient oak trees. When visiting South of Broad, make sure to stop by the Charleston Museum’s historic house, the Heyward-Washington house, and White Point Garden, the Civil War memorial.

Lower King, an area along King Street, is also known as the Antique District. Historically, King Street was used for travel into and out of the city; now, it is a thriving commercial center. It is known for its shopping, from locally-owned art galleries to national brands like Ralph Lauren. The neighborhood is relatively quiet, but it has no shortage of shops to explore. Readers of Travel & Leisure even voted King Street the “Best Antique Shopping in the U.S.” Must-visit stores in Lower King include Ben Silver, Roberto Coin Boutique, Leggiadro, Cos Bar, and many more.

Stretching from Marion Square all the way up to Congress Street, Upper King is Lower King’s livelier counterpart. It is extremely centrally located, and its wide sidewalks and chic storefronts make it a popular destination. Upper King is known for its dining scene and trend-setting decor stores; it is home to some of Charleston’s best restaurants, and it was initially named the Design District because of its stunning architecture and interior design prowess. Due to its selection of bars, this area also has a bustling nightlife. Some of Upper King’s best restaurants include Cocktail Club, The Darling Oyster Bar, and Halls Chophouse.

Hampton Park Terrace is one of the districts on the National Register of Historic Places. Another mostly residential neighborhood, most of its buildings were constructed between 1912 and 1925. It is mere minutes away from the center of the city, but it is notably more tranquil and laid-back. Hampton Park Terrace is known for its architecture, which reflects American trends of the 1910s and 1920s, with more of an artisanal flare. It is also known for its namesake park, with its extensive lawns and seasonal floral displays. Hampton Park Terrace is a place to relax and to enjoy some local fare: the area’s best restaurants include Harold’s Cabin, Dellz Uptown, and Moe’s Crosstown Tavern.

A perfect amalgamation of old and new, the French Quarter is another one of Charleston’s must-visit locales. This small southeastern corner of the peninsula is named after the French Huguenots that immigrated here to escape religious persecution. The area is both quaint and romantic; its cobblestone streets are home to miscellaneous shops, historic churches, and eclectic art galleries. The French Quarter is where visitors can find the Charleston City Market, one of the city’s most well-known attractions. This timeless neighborhood is one of the city’s most historically significant: Edward Rutledge and Charles Pinckney, who both signed the Constitution, are buried in one of the French Quarter’s graveyards. Dock Street Theatre, one of the country’s oldest playhouses, is also situated here.

One of downtown Charleston’s most vibrant neighborhoods, Harleston Village is home to everything from the College of Charleston to grand hotels to quiet residential streets. The College of Charleston, the 13th-oldest institution of higher education in the country, is a must-see when visiting Charleston. Harleston Village is Charleston’s artsy, intellectual district; it is home to the archival Library Society, as well as the Halsey Institute of Contemporary Art. The area’s residences range from distinguished antebellum houses to exquisite modern townhouses. Local favorites include Caviar & Bananas, a grocery and café, and Boone’s Bar and Grill.

NoMo, short for North of Morrison, is one of the city’s most up-and-coming districts. It has a hip, youthful feel; it is popular among college students and young professionals. NoMo is known for its selection of trendy bars and restaurants, including The Tattooed Moose, Rutledge Cab Company, Charleston Rifle Club, and Local 616. Also called the “Efficient District”, NoMo is affordable and convenient. It is highly accessible from both downtown Charleston and the outer boroughs, due to its placement on the neck of the peninsula. Visit NoMo for its vibrant social scene and contemporary cuisine. 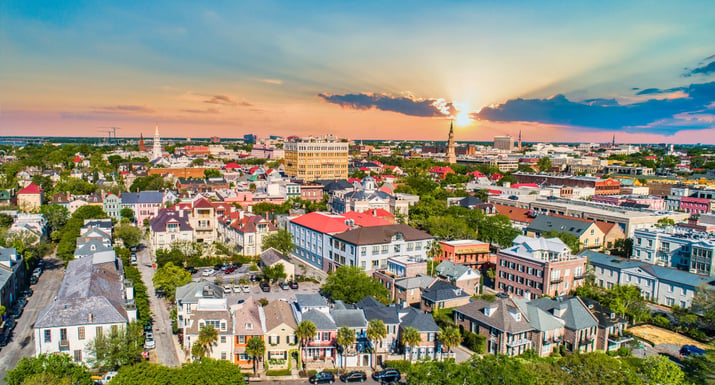 Just 20 minutes outside of downtown Charleston, Sullivan’s Island is another neighborhood definitely worth exploring. This residential beach community is located at the mouth of Charleston Harbor, and it is home to miles of gorgeous shoreline. This stunning locale is quieter than some of Charleston’s other nearby beaches, which adds to its relaxing appeal. The central town spans only two blocks, but those two blocks are filled with charming seaside restaurants and shops. The island was also an important military defense outpost during the Revolutionary War and the Civil War, giving it a complex history. Sullivan’s Island is definitely worth the visit, whether for its beaches, restaurants, or history.

Another national historic district, Old Village is known for its history and regal architecture. Old Village is part of Mount Pleasant, separated from downtown Charleston by the Cooper River. It is one of the area’s oldest waterfront neighborhoods, as suggested by the name. It is a very residential area, though its rich history makes it worth a visit. After the Civil War, Old Village became the summer retreat of wealthy Charlestonians looking to escape the heat of the peninsula; they made Old Village the heart of Mount Pleasant. The neighborhood’s iconic locales include Pitt Street Pharmacy, a diner and drug store, Pitt Street Bridge, a walking path, and The Old Village Inn.

An exciting, suburban neighborhood right across the Ashley River from Charleston, Avondale is a favorite among young professionals and families alike. It is a lively commercial hub, with delightful wall murals, hip restaurants, and trendy boutiques. Avondale is considered the downtown area of West Ashley, one of Charleston’s suburbs. It is more high-spirited than some of the other residential neighborhoods on this list; it’s a great place to grab a bite or to listen to some live music. Avondale is mostly confined to a Y-shaped corner of Savannah Highway and Magnolia Road, and the hustle and bustle make it come alive. Some of the best restaurants in the area include Tin Roof, which is also a music venue, The Glass Onion, and Mex 1 Coastal Cantina.

A little further north than the other neighborhoods on this list, Park Circle is nevertheless full of Charleston charm. Built mostly in the early 1900s, it is a planned community with a distinct residential feel. Park Circle is funky and hip, with a high walkability rating. It mostly housed workers in the area’s factories and naval base, until the naval base closed in 1995. After the closure, the area largely fell into disrepair, before its recent revitalization. The neighborhood’s houses are known for their craftsmanship and architectural diversity, and the area is home to well-known breweries and restaurants.

Find yourself transported back to the era of the Revolutionary War with a visit to historic Ansonborough. Most of Ansonborough’s homes were built in the 18th and 19th centuries; the area also has incredible views of Charleston harbor. This neighborhood is considered the first established suburb of the Charleston area. It is named after Captain George Anson, who reportedly won the land in a game of cards in 1724. Ansonborough, home to attractions such as the South Carolina Aquarium and the Joseph Manigault House, is an elegant, centrally located neighborhood with an urban feel.

Every neighborhood on this list is filled with notable history, delectable cuisine, diverse shops, and more. All of them are eminently walkable, and 100% worth a visit. Many of them were subject to recent revitalization projects, making them all the more captivating. No matter which of Charleston’s neighborhoods you choose to explore, you are sure to be in for a good time. 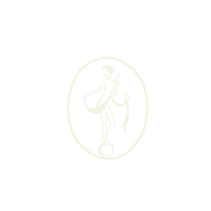